In the autumn of 1844, the landowner Camillo Benso di Cavour, who two years earlier had founded the Agricultural Association of the Kingdom of Sardinia, travelled through the Lomellina countryside and subsequently wrote to the French agronomist Naville de Chateauvieux: “I was struck by the abundance of the crops and the skill of the farmers of Lomellina. That land has reached this level of fertility in less than fifty years: at the end of the last century, it was nothing but a swamp.” This was the key to the prosperity of the plains between the Po, Ticino and Sesia rivers: in the 18th and 19th centuries, farmers successfully reclaimed a predominantly marshy area, scattered with hillocks and depressions, and turned it into the rice bowl of Europe. Water began to flow more and more abundantly from 1866 onwards, with the construction of the Cavour Canal between Chivasso and Galliate. Its branches, the Quintino Sella (with the Mortara sub-branch) and the Vigevano (with the Pavia sub-branch), descended from the province of Novara into Lomellina, enabling the cultivation of around 60,000 hectares of rice fields. For the last century, the dense network of irrigation canals – which extend for more than 10,000 kilometres in total – has been managed by the East Sesia Irrigation Association, across an area of 334,500 hectares, 55.3% of which lies in Lombardy (Lomellina) and 44.7% in Piedmont (Novara).

The mural of the mondine in the center of Mede

The natural watercourses and the dense network of irrigation canals have long represented an invaluable asset for agriculture in Lomellina: a centuries-old intertwining of nature, economy and culture.

Besides the three main rivers, the plain is crossed by the Agogna, Terdoppio and Arbogna-Erbognone streams; groundwater also plays an important role, with its springs and fontanili, known for their distinctive local flora and fauna. Springs denote natural outflows of water, while fontanili are the result of human intervention. As rainwater and river water encounter highly permeable soil, this water seeps deep underground to form an aquifer; it can then return to the surface through impermeable soils. The water that emerges has a temperature of between 9 and 10 degrees Celsius in winter and 12–15 in summer: the springhead is distributed through the shaft, and it can thus be drained off, particularly for water meadows, as its consistent temperature allows it to be used even in winter. This cultivation technique, designed to feed cattle with fresh fodder all year round by taking advantage of the sloping terrain, has its roots in the large agricultural estates that served medieval abbeys. The Sforzesca water meadows on the outskirts of Vigevano, designed by Leonardo da Vinci at the end of the 15th century and still visible today, are famous in Lomellina. 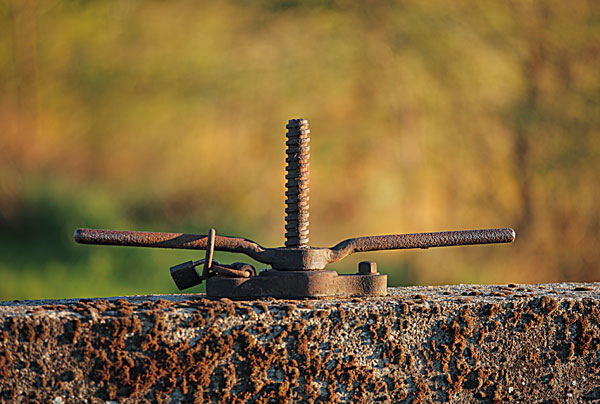 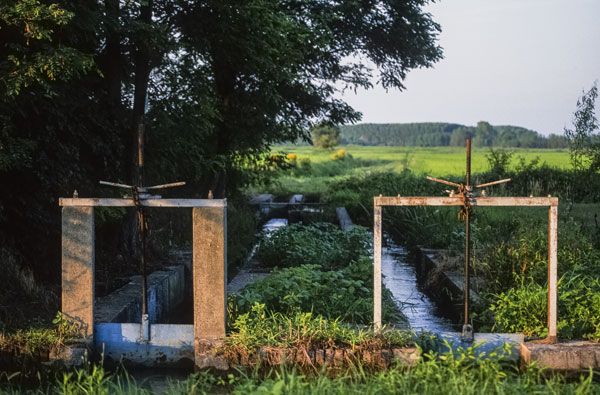 There are several artificial canals steeped in history. The earliest documentary evidence for the Busca Canal, built by the city of Novara, dates back to 1380. In 1616, it became the property of Count Ludovico Busca. It flows through Confienza, Robbio, Rosasco, Castelnovetto and Cozzo, before dispersing downstream of Candia Lomellina.
The first legal title relating to the Sartirana Canal dates back to 24 October 1387, when the Duke of Milan, Galeazzo Maria Visconti, granted Beneventano de’ Turtis the privilege of diverting water from the left bank of the River Sesia, in the territory of Palestro, to irrigate the territory of Sartirana. In 1522, the canal passed to the aristocratic Arborio Gattinara family, who held it until it was ceded to the Kingdom of Sardinia in 1857.

The Biraga Canal was built in Vercelli in 1424. In 1488, Giovanni Stefano Rizzo and Pietro Birago obtained permission from Ludovico “il Moro” Sforza to connect the Biraga Canal – which branches off in Carpignano Sesia – and the Rizza Canal to form the Rizza-Biraga Canal, which flows into the River Agogna at Sant’Angelo Lomellina.
The land in eastern Lomellina is irrigated by the Mora Canal, which was widened between 1487 and 1488 by Ludovico “il Moro” Sforza, and the Sforzesco Canal, which runs between the Ticino and the Po after being supplied with water from the Terdoppio and numerous springs. Finally, in 1613, Philip III, King of Spain and Duke of Milan, granted Count Guido Langosco permission to build the Langosco Canal.