The history of lomellino rice begins six centuries ago.

In the mid-15th century, Federico I Gonzaga, Marquis of Mantua, delivered several sacks of rice from Asia to Galeazzo Maria Sforza, Duke of Milan, who was betrothed to his sister Susanna (later replaced by another sister, Dorotea). The first reliable documentary evidence for rice cultivation in the Po Valley, however, comes from two letters written by Galeazzo Maria, who, in September 1475, sent twelve sacks of rice grown on the Villanova di Cassolnovo (then Cassolo Vecchio) estate to Ercole I d’Este, Duke of Ferrara, as a gift. It is no coincidence, then, that in 1490, Ercole’s daughter Beatrice prepared a cake made of rice, almonds, candied fruit and rosewater for her husband Ludovico. Yet despite the distinctive lay of the land, with its abundance of shallow surface water, which quickly proved suitable for growing this new cereal grain, the spread of rice fields in Lomellina was limited until the 18th century. From then on, rice gradually began to gain ground both in Lomellina and in the neighbouring plains of Vercelli and Novara, all of which were part of the Kingdom of Sardinia. 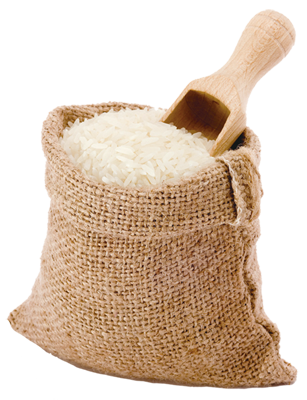 In the 18th and 19th centuries, farmers in the Lomellina region undertook extensive land reclamation and levelling work in areas that were predominantly marshy and still scattered with hillocks and depressions. In the mid-19th century, the expansion of rice cultivation was championed by the farmer Camillo Benso, Count of Cavour, who promoted, among other things, the development of irrigation systems to ensure the submersion of the rice fields and to protect the rice seedlings from extreme temperature fluctuations. More specifically, the amount of irrigated land increased from 47,600 hectares in 1845 to 82,400 in 1872. Enrico Pollini’s 1882 monograph, published in the Atti della giunta per l’inchiesta agraria (Proceedings of the Board of Agricultural Survey), provides a vivid snapshot of the district of Mortara (or Lomellina), although the lower Lomellina – the area between Ferrera Erbognone and San Martino Siccomario – is omitted. In 1873, rice fields covered an area of 22,000 hectares; five years later, this figure had risen to 26,000. In 1882, there were 27,400 hectares of “paddy rice grown on mutually dependent land” (in rotation with wheat, maize and grass) and 3,800 hectares of waterlogged land (permanent rice fields).

The inexorable expansion of rice fields in Lomellina did, however, bring with it a number of economic and social consequences. “The further irrigation spreads, the more small landowners disappear,” wrote Pollini. “It is not the way in which the land is divided that influences the type of cultivation adopted, but rather the type of cultivation that influences the division of the land into medium and large estates, since irrigated grassland and rice cultivation is ill-suited to small estates.” In this context, it was the tenants – or tenant farmers – undertaking land reclamation and levelling works with the aim of increasing their profits, who rose to prominence. At the other end of the scale was the rural proletariat, which was divided between day-labourers (braccianti and avventizi), who were hired on a day-to-day basis, and wage workers (salariati fissi), who usually lived on the farms. The development of rice farming led to a rapid reduction in the number of wage workers, which in the Mortara area fell from 35,500 in 1881 to 12,500 twenty years later. By contrast, the number of day-labourers – the category that included rice weeders – rose from 20,900 to 35,100.

In 1901, the peasant movement launched a prolonged period of strikes and wage demands, which were only curtailed in 1921 by the fascist action squads. Between the end of March and the beginning of July 1901, 9,135 day-labourers and wage workers abstained from work and founded the first leagues of improvement and resistance; these led to the creation of the Federazione proletaria lomellina (Lomellina Proletarian Federation), based in Mortara, the following year. On 3 May, in Mortara town hall, landlords and tenants joined forces to found the Federazione degli agricoltori lomellini (Federation of Lomellina Farmers) – the counterpart to the peasant leagues. In 1904, the Proletarian Federation – the first trade union organisation in Italy – launched their fight for an eight-hour working day, a goal that was achieved in 1919 for all categories of local and travelling workers.

The fiercest trade union struggles in Lomellina’s rice fields took place after the First World War. By the end of 1918, the Proletarian Federation counted 4,550 members, rising to 14,140 in July 1919. In the 1919 rice weeding season, the Ufficio misto di collocamento di Mortara (Mortara Mixed Employment Office) found employment for 19,097 Lomellini workers and 12,362 visiting workers, but in May, 5,000 workers were still unemployed. After a series of strikes, the farmers were compelled to accept the imponibile di manodopera (labour tax) and undertake to hire one man for every hundred perches and one woman for every two hundred. On 30 April 1920, a new agreement set the taxable amount at 60 perches for a man and 165 perches for a woman. In the autumn, with the unprecedented and historic strike of the dairy workers, the period known as the biennio rosso (“two red years”) came to an end. In 1921 and 1922, the fascist action squads led by Cesare Forni – a native of Mortara – destroyed leagues, cooperatives and case del popolo (“houses of the people”), wiping out the Lomellina peasant movement.