From the Visconti-Sforza Castle in Vigevano – where Ludovico “il Moro” Sforza, Duke of Milan and Count of Mortara, was born in 1452 – to Cozzo Castle, which in 1495 played host to Louis XII, King of France, who had travelled to Italy to claim the Duchy of Sforza from “il Moro”. The history of Lomellina is told through its castles, which since April 2018 have been the focus of the “Lomellina, the little Loire” tourist route, promoted by the Lomellina Landscape Ecomuseum (Ecomuseo del paesaggio lomellino). 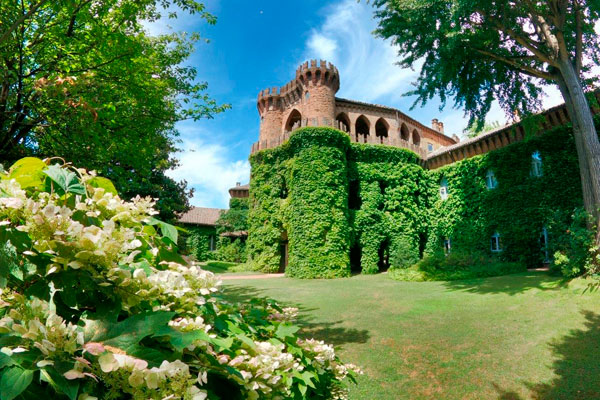 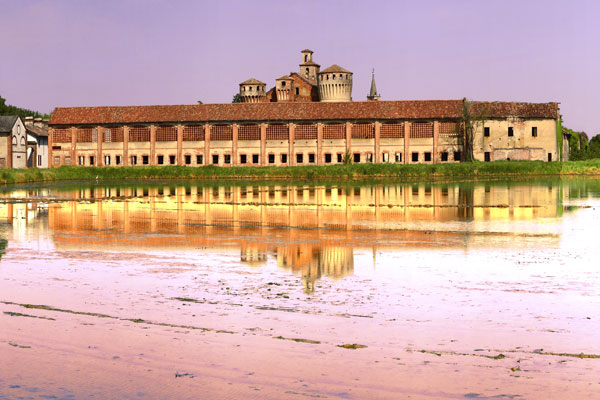 Most of the castles are located in western Lomellina, between the rivers Sesia and Agogna: these territories represented the border area between the Duchy of Milan, which first belonged to the Visconti and then to the Sforza, the Dukes of Savoy and the Marquises of Montferrat. The towns of Sartirana, Valle, Cozzo and its hamlet Celpenchio, Pieve del Cairo, Mede and its hamlet Tortorolo, Frascarolo, Lomello, Galliavola, Gambarana, Torre Beretti, Castello d’Agogna, Robbio, Rosasco, Palestro, Olevano and Villanova di Cassolnovo were involved in the fortification process. In the eastern part of Lomellina, between the rivers Agogna and Ticino, you can find the castles of Vigevano, Valeggio, Alagna, Scaldasole, Gambolò, Garlasco, Parasacco and Gropello Cairoli. Most of these works of architectural heritage were built in the Visconti period, often by extending fortified structures built between the 10th and 14th centuries. They were then expanded in the Sforza period, up until the dynasty’s dissolution in the second half of the 15th and first half of the 16th century. Certain recurrent architectural elements can be identified, such as corbels supporting projecting structures and the saw-tooth brick decoration. 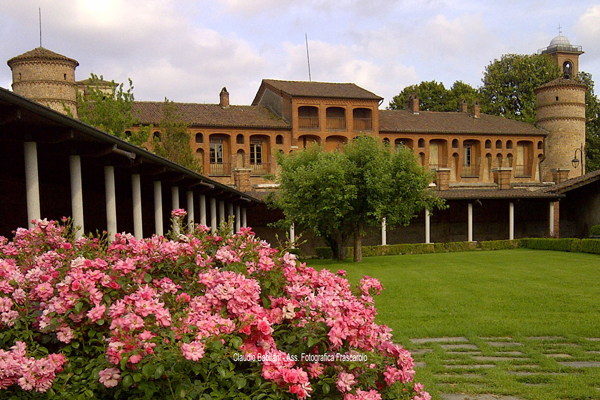 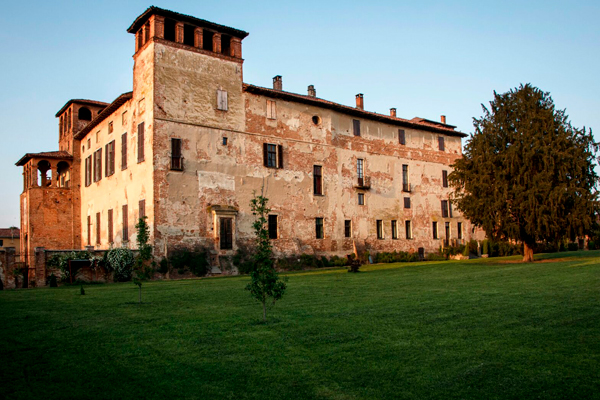 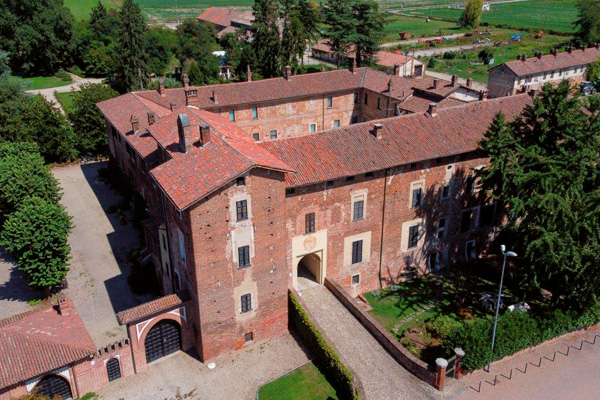 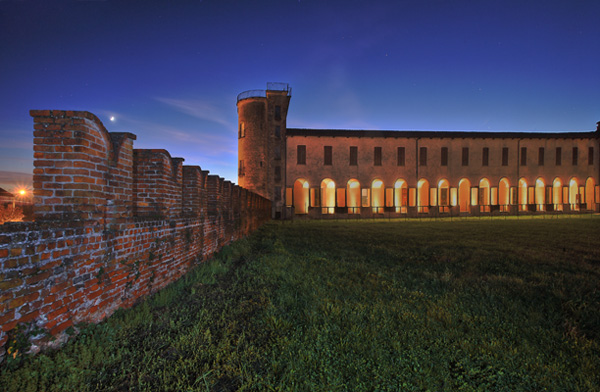 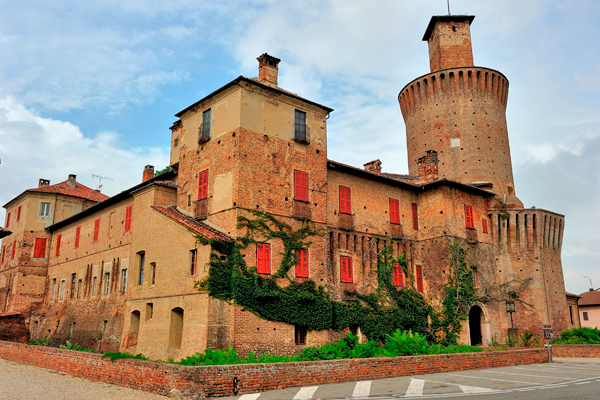 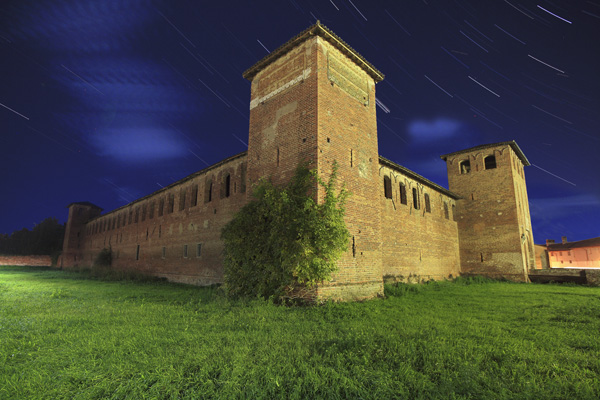 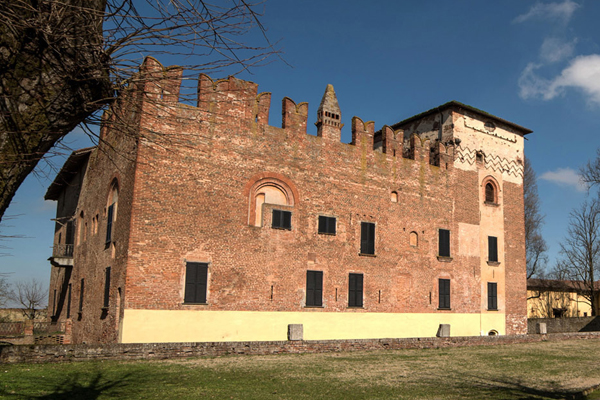 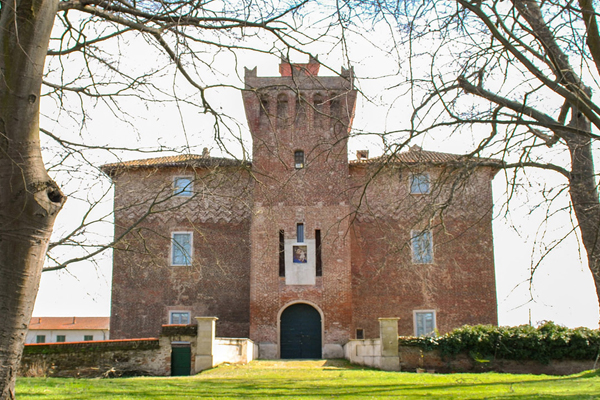 The other important examples of medieval architecture in Lomellina are its abbeys. Between the 9th and 15th centuries, Mortara and Breme controlled an impressive number of priories, abbeys, parishes, provostries, churches and hospitals. Popes, kings and emperors repeatedly granted their supreme protection. The Mortariense Order was founded in 1080 by the aristocratic Adam of Mortara, who built a monastery and a church dedicated to the Holy Cross of Christ in the town. In 1448, the Mortariensi were incorporated into the Lateran Canons. The Benedictine abbey of San Pietro in Breme was founded in the 10th century by monks from the abbey of Novalesa, destroyed by the Saracens. This led to the founding of the Bremetense Order, which was one of the most powerful in Europe between the 11th and 16th centuries. In 1542, the Benedictines moved to the hermitage of Sant’Alberto di Butrio, replaced by the Olivetan Congregation.
It is still possible to visit the Carolingian abbey of Sant’Albina in Mortara, which was run by the Augustinian monks of Tours, the Cluniac abbey of San Valeriano in Robbio, Santa Maria di Acqualunga in Frascarolo and the Cistercian abbey of San Pietro di Erbamara in Cergnago.